In Pakistan the political leaders do not rise above their partisan interests and stay in the news by raising controversies. in the same ways other professional like sports star, actors, TV actors etc. also do something controversial for popularity and fame.

Here are the personalities of the Pakistan that evoked shock, scorn, sniggers, and were a subject of satire. We list but in no particular order. 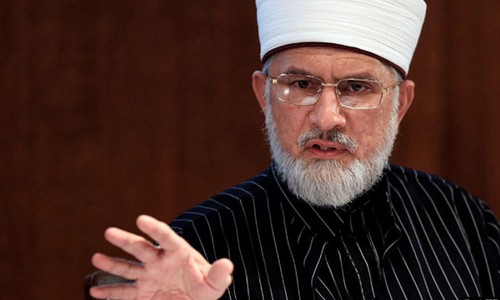 Dr. Tahir-ul – Qadri has been a controversial character ever-since he gained popularity back in 90’s, first that for a fake attack story and then countless revelations that Sheikh-ul-Islam came up with time to time.

He become one of the most controversial persons of Pakistan, when he made a claim some 15-20 years ago that he had the vision of Prophet (S.A.W) and he claimed that Prophet (S.W.A) was angry from the ulema and people of Pakistan and he was returning to Madina from Pakistan.

And then he went for “research” purposes, according to some he has done a great damage to the religion Islam during the period. Aftre return to Pakistan, here he run an NPO namely ‘Minhaj-ul-Qura’n’ which has many donors worldwide and this institution provides both religious and worldly education to students.

An now on 21 December 2012, he back Pakistan with new agenda which create again a lot of controversy. Pakistani’s witnessed massive TV campaign about Qadri’s return and message with posters and banners well placed in all the places in major cities. Now the question arises, who is supporting Qadri? Who sponsored his campaign and bearing all other expenses? Political parties like MQM formally and PTI informally ‘embracing’ Qadri’s version and columnists like Hassan Nisar praising Qadri as if he’s long-waited Imam-Mehdi. 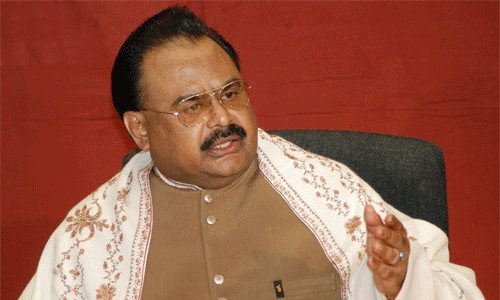 Altaf Hussain is the founder and leader of the Muttahida Quami Movement (MQM). He was having 3576 cases and charges of corruption against him. But all the cases were dropped under National Reconciliation Ordinance in Sindh. He is one of the most controversial person of Pakistan. His name associated several crimes and issues. The latest and ill-timed controversy was initiated by the MQM chief, Altaf Hussain, on August 22. He said in a telephonic talk from London: “The MQM will openly support the patriotic generals if they take any martial law type action against corrupt politicians and feudal lords.” He also said, “If these generals can topple political and democratic governments they can also take steps to weed out corrupt politicians and feudal lords.” 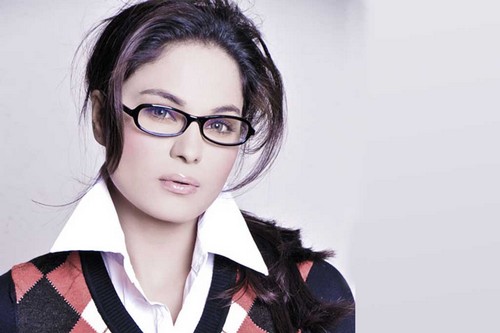 Known by Controversy Queen, Veena Malik is a Pakistani actress, model and comedienne. Over a span of ten years, she has worked with news channels and in movies.

Controversy resulted in Pakistan over a nude image of Malik on the cover of FHM magazine India edition in which she had “ISI” written on her upper arm. Malik says she was topless but did not pose completely nude, and has sued the magazine over the images. 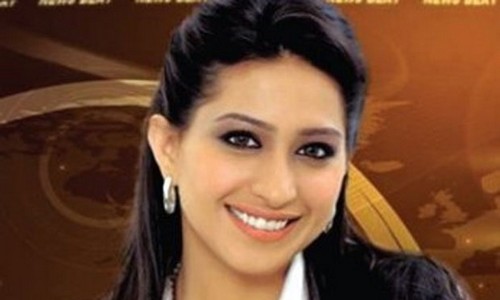 Mehar Bukhari, the controversial hostess of Dunya news channel, is among those faces who made their debut in electronic media and attained reputation as outspoken and influential anchorperson in the national political scenario.

Mehar came in limelight when a fake footage in her program in which Tribal areas Taliban lashed out a young girl publicaly on the pretext of illicit relationship with a man. The program gained reputation much but became controversial when the video declared fake.

In 2011 when she hostess of political show “News Bea” , her photos with CIA official in US were surfaced on internet and social media that caused dent to her credibility first time with her gestures shown in the snaps. In the same year, a video of Mehar was shared widely on YouTube and Facebook in which she looked to be very close to the two federal ministers, Qamar uz Zama Kaira and Raja Pervaiz Ashraf.

In 2012 she has been exposed by a leaked video conducting a “planted show” for manipulation of public opinion in favor of Malik Riaz. In the five year span, the career of Mehar Bukhari was full with successes, controversies and scandals. 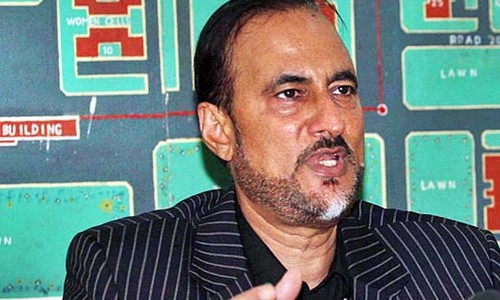 He involved in many Controversies. In November 2009, National Accountability Bureau of Pakistan summoned Awan after he was accused for getting bribes worth of 30 million Pakistani Rupees from the owners of the Haris Steel Mill in order to get a favorable verdict from the court. Awan was reported to have said that he had certainly not taken 30 million rupees and that the money he had taken was his professional fee.

On January 5, 2012, Awan was issued a contempt of court notice by Supreme Court of Pakistan, due to a comment he made while talking to the media on 4 January. His license to practice law was subsequently suspended on 17 January for an indefinite period. The Supreme Court further asked the Federal Government to appoint someone else as their lawyer in the Zulfiqar Ali Bhutto case. Ali Ahmad Kurd disagreed with the Supreme Court’s decision to suspend Awan’s license.

He was Witness in Contempt Case. The President of Pakistan, Asif Ali Zardari in a briefing to his close confidants disclosed that he had given a personal guarantee that Babar Awan will appear before the court as a witness in Prime Minister’s contempt case. This was later confirmed by Prime Ministers council Aitezaz Ahsan in an interview given to Arshad Sharif for his program KYUN. 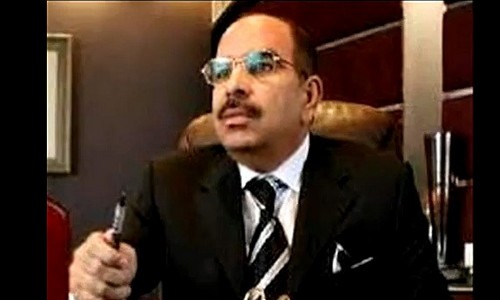 Malik Riaz is a Pakistani business tycoon and founder/chairman of Bahria Town, which is Asia’s largest private real estate developers. He is from a poor family, due to financial crises in his family he was forced to start working as a clerical staff at the age of 19. Today he is Pakistan’s Twelfth Richest Man with over $800+ million worth of assets.
Malik Riaz is also the main accused of the DHA valley Islamabad scam in which his company collected tens of billions of rupees (USD 500–700 million) from 67000 people of Pakistan from middle and lower middle classes. After four years it was revealed that Malik Riaz and his company acquired land for only 10000 people. Chief Justice of Pakistan took suo moto notice of the issue and a criminal case against Malik Riaz is underway since May 2012.

Mubashir Luqman is a Pakistani talk show host. He has been accused of being on the payroll of various influential people and fringe outlawed Muslim sects. These include Chaudry Shujat and Malik Riaz. On July 30, 2010, a plea against Mubashir Luqman was dismissed. 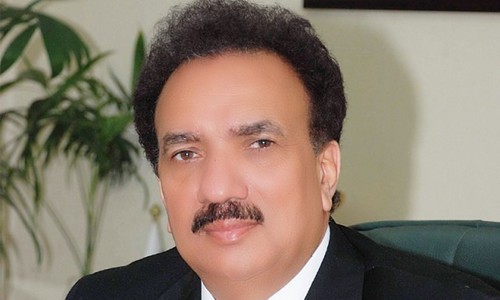 Abdul Rehman Malik, the most conterversial political figure of Pakistan politics. Pakistan Interior Minister Rehman Malik associated a lot of conterversies all time. On 4th June 2012 he lose his membership of the senate due to dual nationality. Almost Pakistani people hate Malik due to his conterversial acts. He is the one most hated person in Pakistan. 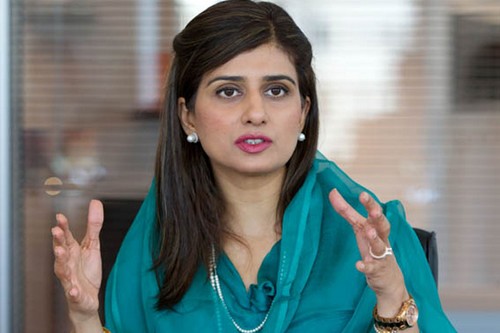 Pakistani stateswoman and an economist Hina Rabbani Khar who is the current and 26th Foreign Minister of Pakistan. She is married to Firoze Gulzar with whom she has two daughters, Annaya and Dina.

Hina Rabbani Khar came under severe criticism in Pakistan when several news sources alleged that there were massive irregularities in Electricity bill payments by Galaxy Textile Mills, a company owned by Khar’s husband Firoze Gulzar and father-in-law. The media reports also alleged that she and her husband are also among many other beneficiaries of NRO.

A Bangladeshi Tabloid and British media have alleged Khar of being romantically involved with Bilawal Bhutto Zardari, the son of President Asif Ali Zardari. It has now become a scandal. The PPP Chariman Bilawal Bhutto is now going to marry Hina Rabbani Khar. The Foreign Minister Hina Rabbani Khar has totally denied this statement. 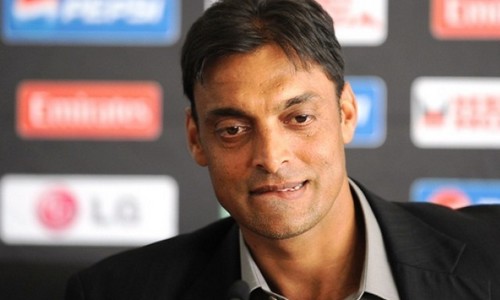 The legend of Pakistan cricket, The fastest bowlers in modern cricket, Shoaib Akhter has been involved in several controversies during his career, often accused of not being a team player but his presence was always felt by the opponents.

Akhtar was sent home during the Test match series in Australia in 2005 for alleged poor attitude. A year later, he was embroiled in a drug scandal after testing positive to a banned substance. However, the ban imposed on him was lifted on court appeal. In September 2007, Akhtar was banned for an indefinite period for his fight with Pakistan team mate and fast bowler Mohammad Asif. On 1 April 2008, Akhtar was banned for five years for publicly criticizing the Pakistan Cricket Board. In October 2008, the Lahore High Court in Pakistan suspended the five-year ban and Akhtar was selected in the 15-man squad for the Twenty20 Quadrangular Tournament in Canada. Pakistani judge, Rana Bhagwandas stated once that, Akhtar is a legend of Pakistan cricket. He retired from international cricket after the 2011 World Cup.