She says she gets a lot of hate messages from GOT fans because of the genuinely loathsome characters she plays. People come up to her and say, “You’re such a f**king bitch,” or “can you slap your son for me? I hope he dies.” People, use your brains, Lena Headey isn’t Cersei Lannister, she just plays Cersei Lannister and is incredibly good at it.

15. Bermuda is Her Birth Place 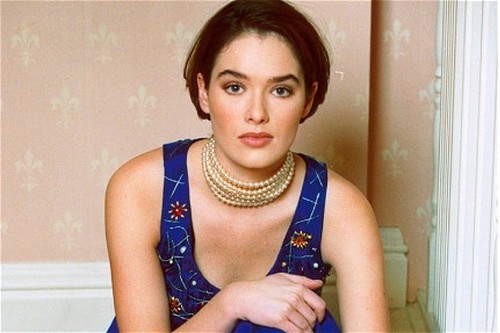 Her father was a Yorkshire Police Cadet and was stationed with his family at Bermuda, where her mother gave birth to her. She often jokes of coming from the Triangle. Her family moved to Huddersfield, Yorkshire when she was 5. She lived at Huddersfield till she was 17 years-old.

14. She Had Boiled A Goldfish 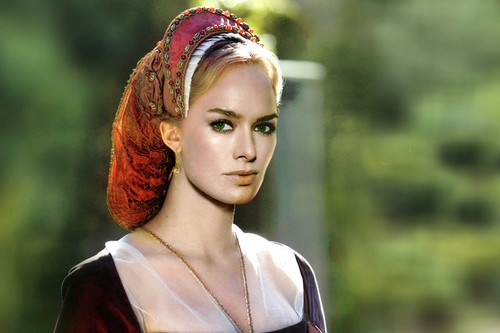 Kid can’t take proper care of themselves nor their pets. The notion was enforced when Headey revealed that as a child she had two hamsters and some goldfish. She decided to give her goldfish a big Jacuzzi for fun and ended up boiling up one, alive. She must have been horrified. 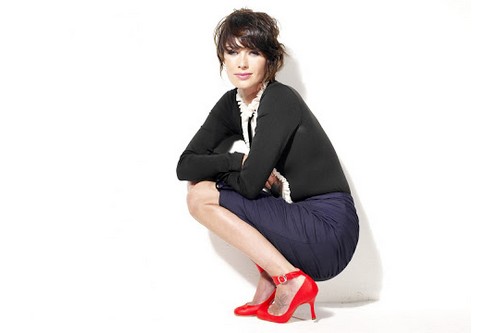 She thinks it to be a great way of connecting with people and whenever she is stuck somewhere, she says she shoots out a tweet. She even drunk tweets (“don’t do that …. they are always regrettable,” she says). Follow her here. 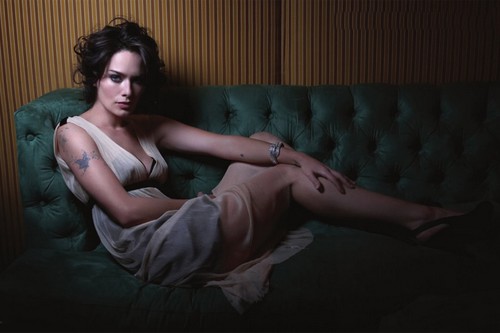 While filming for “The Jungle Book,” she picked up yoga (as she was already involved with boxing) She also picked up Jason Flemyng from the set. They were together for nine years, during which time Headey tattooed his name on her right arm in Thai. Following their break up (they are still being good friends) she had the tattoo covered up. Are you listening, love drunk men and women, tattooing names are generally bad idea. Spoilers ahead: Rumour has it, that Headey will appear nude in the next GOT season and her tattoos have been quite a challenge of the shooting unit. 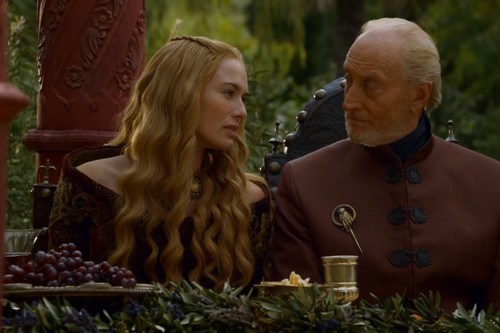 Lena Headey is a big animal rights activist and has campaigned with PETA in the past. Naturally she’s a vegetarian. While shooting for “The Brothers Grimm”, her character had to skin a rabbit which she was unable to perform so they had to give her a latex rabbit. 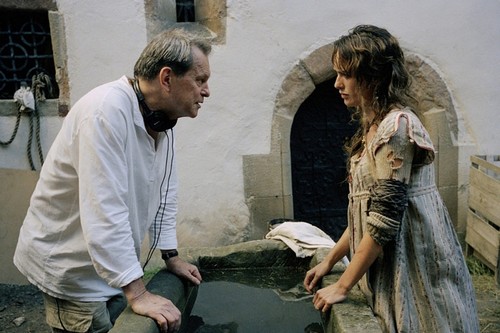 For her role in “The Brothers Grimm,” Lena had to lick a toad – a real toad. Unfortunately this time she didn’t get a latex replacement. She did it and later commented that it hardly had any taste the problem was with the texture (quiet imaginably).

9. The Role Of Cersei 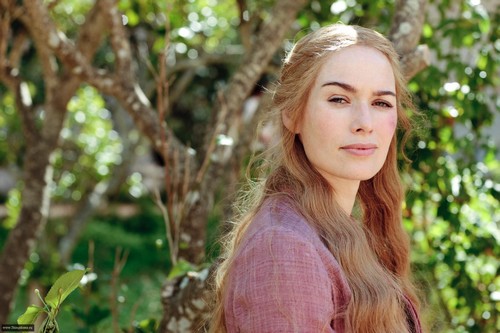 Playing Cersei has undeniable garnered her accolades and has turned out to be her most popular role in a career that started almost two decades ago. People love to hate Cersei but little do they know that the role of Cersei was actually recommended to her by Peter Dinklage, who plays Tyrion Lannister. They had previously worked together in as many as three projects and they both love to do television roles where they get to explore challenging characters. 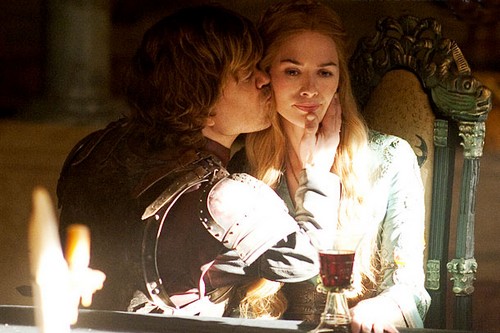 Peter Dinklage and Lena Headey had been, not only co-actors but friends before the ‘Game of Thrones’ television show came into being. Her lasting friendship with actress Piper Perabo is also very well-known. They had worked together twice in, The Cave & Imagine Me and You (where Perabo suddenly discovers her soul-mate and struggles dealing with her attraction towards Headey, who plays a lesbian). 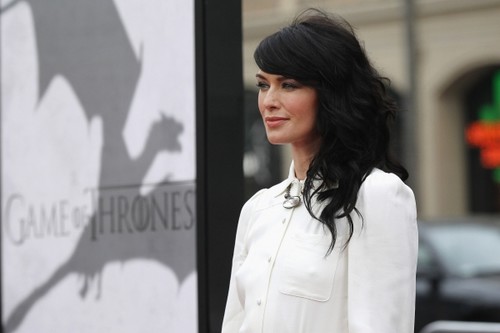 She loves them, like almost everybody else on this planet but, curiously she states that watching horror flicks especially involving chainsaws & stuffs (tearing peoples’ limbs off) are very relaxing as they offer her “real escape” and she gets really caught up in the film. But chainsaws smeared with juice of human gut can relax someone’s nerves? Really? 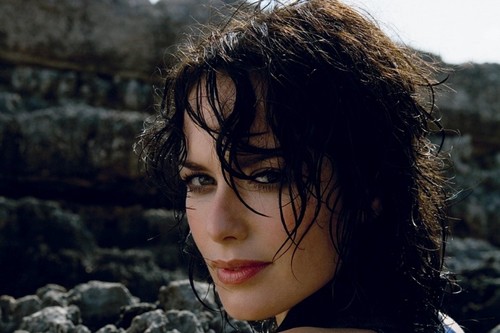 Headey has had some personal meetings with apparition since childhood that has rooted her belief in the supernaturals. She has revealed seeing a ghost in her house as a girl and while staying at a hotel in France, she say that she’d meet a little girl-ghost asking for her help. In Nantucket, she saw a woman and her baby in her room and once saw a woman walk right into a wall in a village. 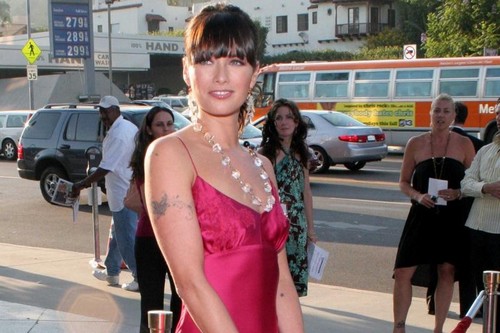 While growing up, Lena, like many of us was fond of watching musicals. She said it was largely because of the beautiful costumes the women would wear. And later, the desire to work in musicals became one of the reasons that motivated her to become an actor. Headey say she’d like to do more theatre works and wises she had the ability to sing which would have fetched her a role in musicals easily.

4. The Game Of Thrones S*x Scene 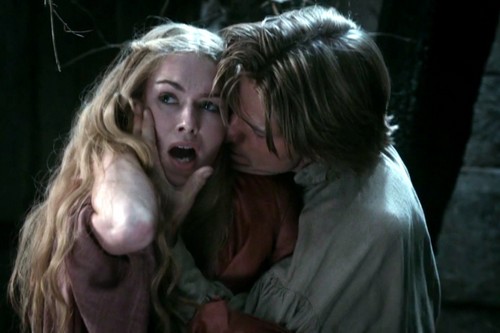 Apparently, the ‘risque’ scene between Cersei and her on-screen Jamie was done by a body double (I didn’t know that until now). 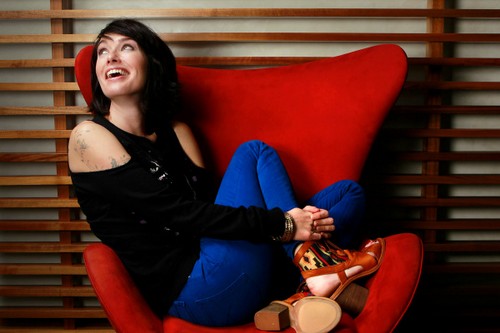 Lena says that in real life she doesn’t really resemble any of the characters she has played. She’s nothing like the strong, heroic women she plays, or so she says. But if she had to choose one among her characters, she would like to become like the tomboy Angelika from “The Brothers Grimm”.

The show was a television spin-off of James Cameron’s popular Terminator franchise and ran between January 2008 to April 2009 in two seasons. Not many television fans are aware of this show outside America but the show was rated as high as 7.7 in IMDB. Lena’s performance was praised by Variety magazine – “Headey’s gitty performance as Sarah – managing to be smart resourceful and tough, yet melancholy and vulnerable as well.” She got a nomination at Saturn Award for Best Actress on Television for her brilliant portrayal. 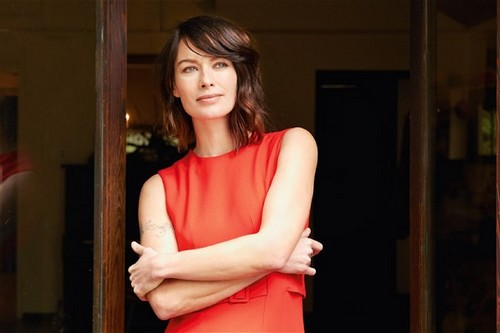 One would hardly expect an actor being shy but Lena has often mentioned in interviews that she is a shy kind of person. Acting is her craving, she loves the craft of it but is uncomfortable with the fame aspect (like her co-star Jack Gleeson aka Joffrey) that comes with the career. She hates being paparazzi-ed around every time she steps outdoors. But acting is like a “a strange, addictive, weird thing,” that she keeps pursuing unable to give up. She claims that her shyness is growing with her age.