When the art of acting came into being, male actors used to play the parts of females. Be it the plays or theatres, or the oldest films of the bygone eras, it was considered unbecoming to be out in the public, let alone act in front of an audience. But, times have changed, and so have the reasons for the artists for slipping into the shoes of the opposite gender. Today, actors and actresses play characters that do not conform to their own gender, to do justice to the script, story or the character. Let us take a look at some of the Actors Who Played Opposite Gender Roles Flawlessly. 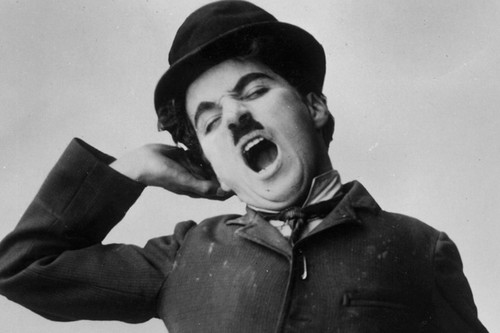 A luminary in world cinema, known best for his slapstick comedy, and as the master of the art of irony in film-writing. Remembered for his onscreen sloppy avatar, Chaplin was quite a handsome man off the screen. In the movie A Busy Day back in 1914, he slipped into an elaborate gown, and switched from the man with the toothbrush moustache and bowler hat to a beautiful lady. The film is just 6 minutes, and Chaplin’s role as a wife is short, though definitely among his iconic roles. But it definitely makes him one of the first to show this kind of courage, all for comedy and entertainment. 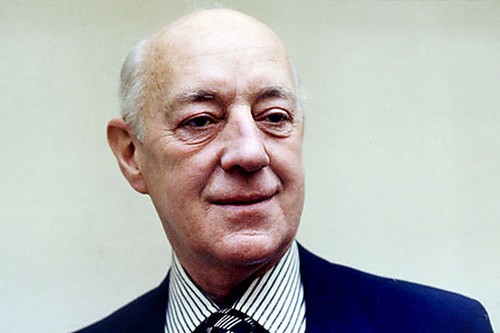 Alec Guinness was one of the greatest English theatre actors, who was transitioned from Shakespearean theatre to Hollywood blockbusters, after the Second World War. He brought to life some of great characters on stage and screen, and had a traditional debonair look of a gentleman. In the 1949 comedy Kind Hearts and Coronets, he played eight different characters, one of which was that of a woman named Lady Agatha D’Ascoyne. His work was in sharp contrast to his previous or following roles, and was an inspiration to the trend of men playing women, in films like Cloud Atlas. 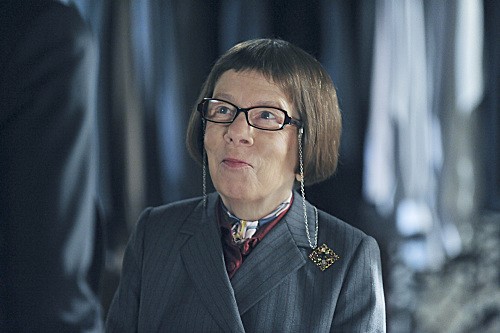 This little wonder woman is of just 1.45 meters, but she is a huge package, known for her powerful acting, and her rich and resonant voice which she has lent to various documentaries, commercials and cartoons, including the animated musical film Pocahontas. In the 1982 movie The Year of Living Dangerously, she played Billy Kwan, a Chinese-Australian male photographer, for which she chopped her hair off, dyed it black, shaved her eyebrows and padded her waist. She was the first woman to be honoured with an Academy Award for her playing a character of a different gender than her own. 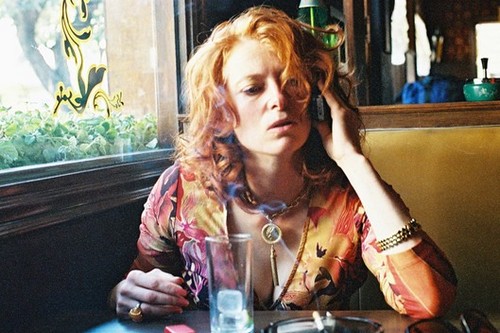 Tilda Swinton is the pale face that brings to life the Queen of the Ice with simmering redness of rage brewing inside her. When she is not acting, she is a fashion muse, and experiments with gorgeously outrageous hairstyles. She was spotted playing the role on stage where she switched from female to male, and was selected to portray the title role in the 1992 movie based on Virginia Woolf’s novel, where she plays to the tee a man who lives for centuries and wakes up in a female one morning. In the same movie, Quentin Crisp toyed with gender roles as he was cast in the role of Queen Elizabeth. 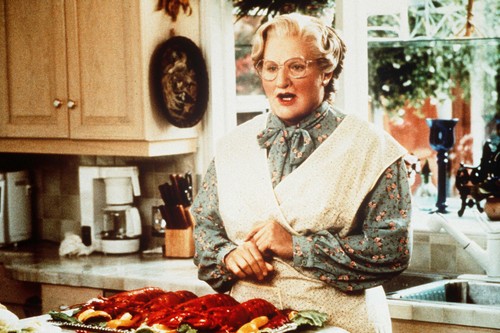 Robin Williams was the man with the evergreen smile, who made us laugh and cry, and turned everything he touched into gold, all with his acting capabilities, and impeccable comic timing. He is known to have adopted any image for his characters. His portrayal of the eponymous character in Mrs. Doubtfire of 1993 is a classic where he plays a desperate dad pretending to be a woman to be close to his children and wife. His look as a pudgy, gentle woman was so convincing that it would fool us as it fooled the other characters in the story, all due to incredible makeup and acting. 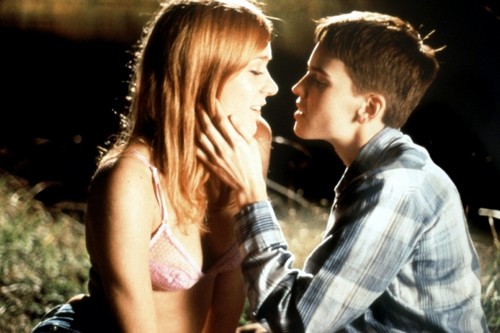 As if the well-chiselled face was not enough, Hilary Swank has the most gorgeous light brown hair that she sports in pixie cuts to loose romantic curls, and a lovely warm skin colour. Altogether, she is one attractive young lady who, for the sake of her character, did not hesitate to cut off her mane, and took bending gender norms up a notch with her portrayal of a trans boy Brandon Teena in , a 1999 movie exploring gender roles, biological sex and sexuality, based on true incident. Swank lived a month as a man to understand her character better, and was hugely appreciated. 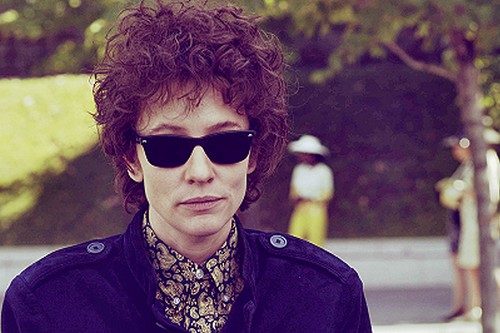 Blonde hair, sparkling blue eyes, prominent cheekbone, intelligent smile: that’s Cate Blanchett, who has taken every role she has touched to a whole new level, receiving accolades from critics all over. In the 2007 movie , based on the life of Bob Dylan, Blanchett played the role of Jude Quinn, a personification of Dylan, representing how the bespectacled singer was in 1965. It is hard to imagine anyone else beating her compelling and surreal performance, donning look with short and messy black hair and black attire, for which she got many awards and nominations. 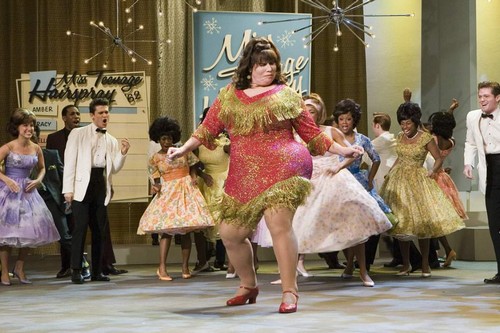 John Travolta is one of the , and is quite a representation of masculinity. With his strong and solid build, and deep-set eyes, Travolta has an unconventional, yet timeless look and attitude. He played the character of Edna Turnblad in 2007’s Hairspray. Just like a woman is traditionally cast for the role of Peter Pan, Turnblad is traditionally played by male actors, and the 2007 remake of Hairspray did not deviate from it. Travolta, in pink sequined dress, set bouffant and makeup, shed his “man’s man” image, and unabashedly exhibited his feminine side. 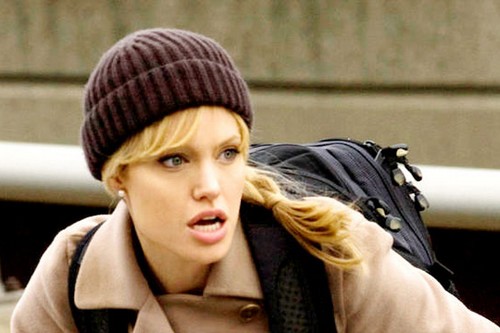 Angelina Jolie is one of the most beautiful and coveted actresses of Hollywood. She has perfectly maintained a balance between beauty and skill. She is one of the most accomplished actresses, and is well-known for her sharp jawline, high cheekbones and beautiful physique. She slipped out of her regular beautiful stylish avatar, and donned the appearance of an equally stylish man in the 2010 movie Salt, using pounds of prosthetics and makeup. The end result was a dapper man in uniform, a cameo that was written for a man, but was changed completely by the disguise the gorgeous Jolie. 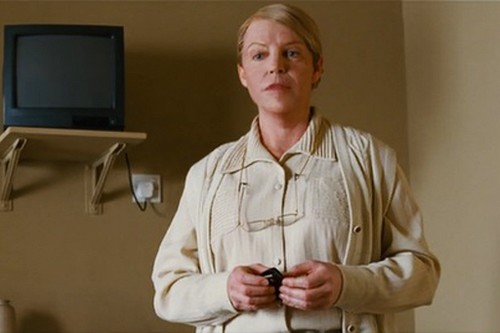 Hugo Weaving maintains a change in his style every once in a while, sporting different shapes of facial hair or various lengths of hair. But, there are a few things that are constant, like his deep-set, piercing blue eyes, and his capability to pull of any role or look. That is why, he successfully portrayed several roles in the 2012 film Cloud Atlas, like most of the actors in the film, with the roles lying outside the parameters of their own gender or race. Hugo’s most notable character in this film was of Nurse Noakes, a vicious lady who was pretty ugly outside but was even uglier on the inside.

Several other actors and actresses have played characters of a different gender. Tyler Perry in Madea, Michael J. Fox in Back to the Future, Amanda Bynes in She’s the Man, Gwyneth Paltrow in Shakespeare in Love: they have all shed the comfort of their own ski and gender, sometimes for comedy, and sometimes because the characters or the story demanded it. At a time when the lines separating normative gender roles in the real world are gradually getting blurred, and there is more fluidity demanded by people to be who they want to be, when people like Conchita Wurst and Lea T. are being applauded for the courage to breaking gender rules, these actors might have left behind some groundbreaking works of art, which may pioneer greater gender fluidity.