Director is the most crucial part of a film-making team. He is the one who visualize the whole project from start to end and capture it on camera. There are several different kind of directors working right now and all the popular ones have their own style of working. Some of them stick with a single genre to direct all of their films and some like to try different genres each time. In this list we are placing the directors who are recognized as the most influential directors by the critics as well as audiences. Directors who are quite old but still working are eligible for this list. Check out the 10 best directors working in Hollywood today: 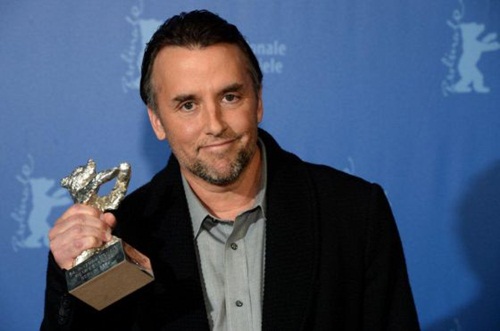 His best films deals with deep human emotions that revolve around personal relationships. His most remarkable project is a milestone in the history of cinema. ‘Boyhood’ was shot for over 12 years from 2002 to 2013 that portrayed the life of Mason from 6 to 18 years old with the same cast. It’s in depth examination of human experience lead him to be known as one of the best director of this decade. This ultimate ambitious project helped him to win several awards in best director category and got his first nomination for Academy Award. 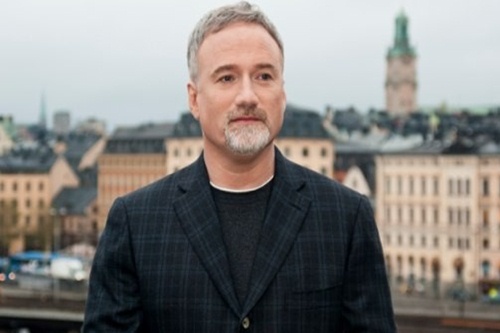 One of the best directors working in Hollywood today is David Fincher. He is best known for directing psychological thrillers like ‘Gone Girl’ and ‘The Girl with the Dragon Tattoo’ (2011). Films like ‘Fight Club’ and ‘Zodiac’ are also directed by him, both are among the best films in the history of cinema. His best work in recent years was ‘The Social Network’ that received 96% ratings on RottonTomatos. All films of his career combined have crossed $2.1 billion at the global box office against the budget of around $650 million. That’s enough to convince someone that he is not only among the best but also highly successful directors working today. 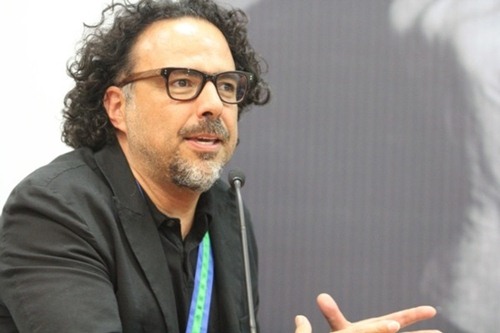 He has directed only six films in last 15 years time period. Each film is good and worth to watch. But his best film goes by the name ‘Birdman’ or The unexpected virtue of ignorance that released in 2014 and generated wide acclaim and won numerous awards including Academy award for Best Director, Best Screenplay and Best Picture of 2014. His sixth film ‘The Revenant’ is in the race of getting same number of awards at 2016 Academy Award event. 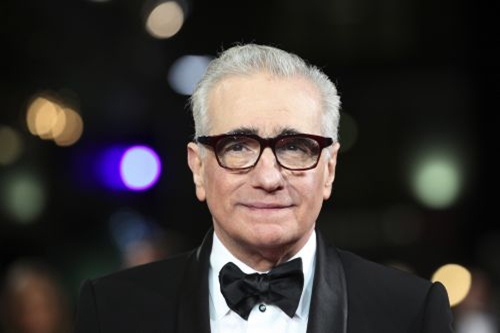 Now we are getting serious, this 73 year old outstanding director is working since 1963 with 45 years of career span he is one of the oldest directors who is still working at his best. His recent movies ‘Shutter Island’ and ‘Wolf of the Wall Street’ are enough to prove that this man is not planning to retire from filmmaking anytime soon. He also directed 2011’s historic adventure drama ‘Hugo’. Even if you haven’t heard about all that classic films like ‘Taxi Driver’ and ‘Raging Bull’ then the three films of this decade should be enough to convince you that he is one of best director who is still showing us his skills. He is currently working on another historical drama film called ‘Silence’ based on the novel with the same name. It is set to release in 2016. Martin Scorsese is, beyond doubt, one among the best directors working in Hollywood today. 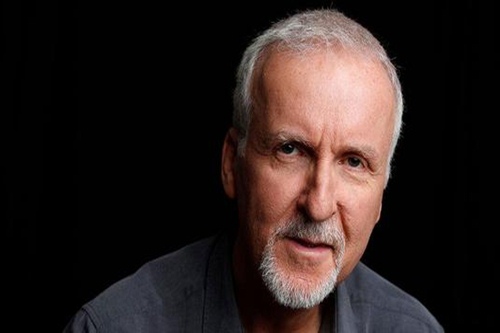 This person need no introduction, there are a lot of things to talk about him. He is not only a director but also an inventor, engineer, philanthropist and deep-sea explorer. His first film that gave him major success was 1984’s sci-fi ‘The Terminator’. After that his success chart only kept on increasing. Cameron took the biggest film of its time Titanic that earned academy award for Best Director, Best Film Editing and Best Picture. Then he started to work on a project that took almost 10 years to complete called ‘Avatar’. Currently two highest grossing films of all time are directed by him ‘Titanic’ and’ Avatar’. He is also working on the sequel of ‘Avatar’ that’s going to be the biggest thing in film industry after the first ‘Avatar’. 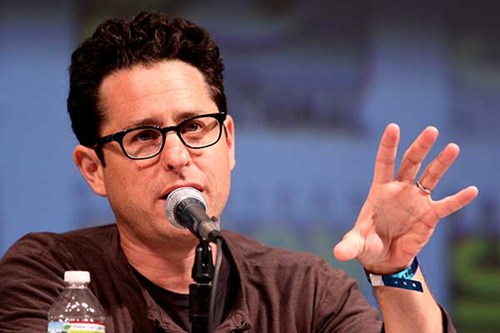 He is known for playing with genres like action, drama and science fiction. He first directed ‘Star Trek’ reboot that was released in 2009 then he worked on many successful and acclaimed sci-fi flicks including the sequel of ‘Star Trek’, ‘Super 8’ and ‘Star Wars: The Force Awakens’. ‘Star Wars’ the force awakens broke numerous box office and incredibly acclaimed by critics and people around the world without exception and it became the best and highest grossing film of his career. Reportedly ‘The Force Wakens’ was the first film in the new Star Wars trilogy, so we can expect some more excellent films like this in future directed by him. J.J. Abrams has ranked fifth in our list of best directors working in Hollywood today. 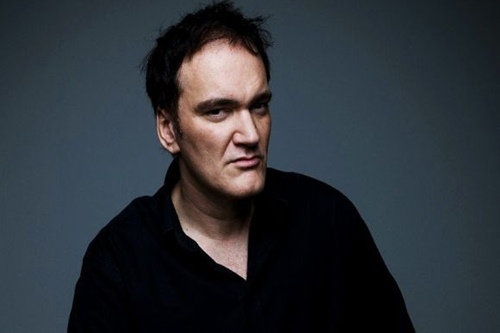 His films are characterized as nonlinear stories, extensive violence and reference of pop culture and their soundtracks. He is one of the most significant directors in modern cinema. His recent releases include ‘Django Unchained’ and ‘The Hateful Eight’ shows that his skills in directing films are just getting better. ‘Django Unchained’ was extremely acclaimed film and it was also the highest grossing film of his career. Although his films didn’t earn tremendous amount of money but his consistency towards making outstanding, fresh and original films forced countless critics to call him one of the most influential director of today. He has received many industry awards including two academy awards, two Golden Globe awards and two BAFTA Awards.

Best Film: The Return of the King 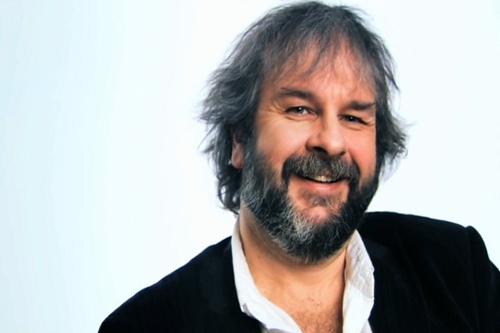 How can we forget the creator of two biggest trilogies in film industry, Lord of the Rings (2001-03) and Hobbit (2012-14) both were based on the novels by J.R. R Tolkien and directed by Sir Peter Jackson. Both trilogies were record breaking successful as well as acclaimed by critics. The return of the king alone won 12 academy awards including Best Picture, Best Director and several other technical awards. He also directed 2005’s ‘King Kong’. He is known for his attention on details and shooting scenes from any angle. Peter Jackson is also one of the richest director of all time with an estimated net worth of $600 million and is one of the top 10 best directors working in Hollywood today. He has been awarded with three academy awards. 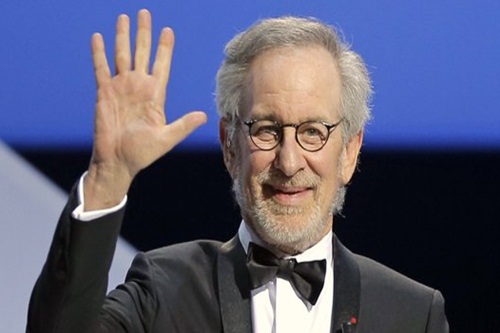 With the personal net worth of whopping $3 billion, he is the second richest director in history only behind George Lucas. He is considered as one of founding pioneer of the new Hollywood era, as well as being viewed as the most popular director in history. Spielberg is also one of the cofounder of DreamWorks studio and is regarded as one of the best directors working in Hollywood today. With four decades of career span, he has a long list of amazing movies. ‘Jurassic park’, ‘E.T’, ‘Indiana Jones’ and ‘Jaws’ are just the names of few. Total box office gross of all the films directed by him exceed $9 billion worldwide making him highest grossing director of all time. 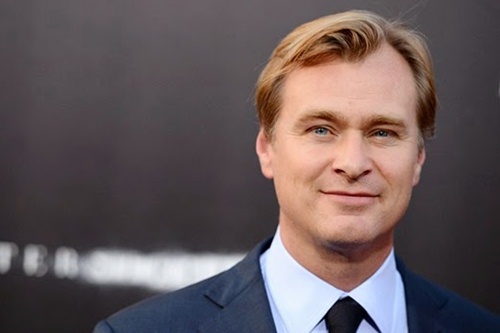 He only directed nine films since his first appearance as director in 1998 and every film is above average. He got considerable success with his second film ‘Memento’. His all nine films combined have grossed $4.2 billion worldwide and generated a total of 26 Oscar nominations and seven wins. Films like ‘The Dark Knight’, ‘Inception’ and ‘Interstellar’ are among the best films made after 2000. His work is often tough to understand but it is equally amazing and precious with nonlinear story-line and blend of practical and visual effects. He is ready to register his name as the greatest director of all time. Maybe for some people it’s too early to give him this title but sooner or later he is going to be recognized as best director ever.