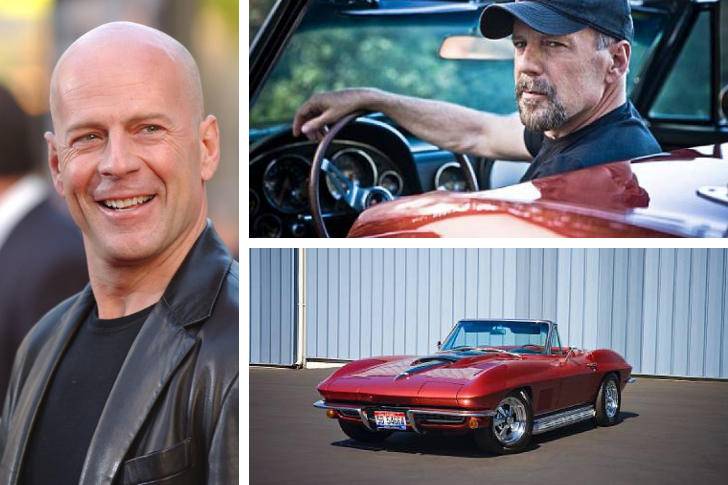 Bruce Willis is a renowned American actor, producer and musician. He first appeared on TV in the hit series Moonlighting with Cybill Shepherd and then won roles in movies like Die Hard through hard work. This established him as a “tough guy” and a legendary performer. The talented actor also enjoyed moderate triumph as a recording singer, for the album Return of Bruno and as an enthusiastic producer for his movie The Crocodile Hunter: Collision Course.

Success from his top grosser movies and numerous other projects established him as one of the richest Hollywood actors. He has a net worth of $150 million, and is a proud owner of lavish estates and luxurious cars worth millions. The Die Hard actor owns a 1957 Chevrolet Corvette Convertible, which he received as a gift from his ex-wife Demi Moore. The plush car was auctioned for an estimated price between $70,000-90,000 and was a real road beast in terms of incorporated features including a powerful 283cu-in engine boasting 220hp, influential front disc brakes, power steering, radial tires and Powerglide transmission.