Fidget Spinners have taken over the world by storm. Unless you’re living under a rock, you probably know and have seen what a fidget spinner looks like. It’s the newest toy craze, and everyone’s using it. They are made to relax people with fidgety hands and it can relieve anxiety. Fidget Spinners are usually affordable, but we found some with prices that are downright expensive. In this list, we will cover The World’s Top 10 Most Expensive Fidget Spinners. 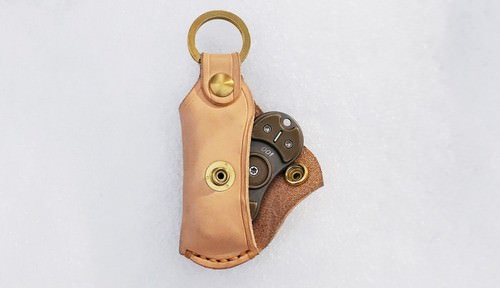 Torqbar fidget spinner is a high end spinner. It has multiple varieties, and the most expensive is made out of titanium and costs $199. It’s the least expensive on this list, but still is a lot considering the price of a fidget spinner can be less than $20. The other varieties are copper, stainless steel, and brass. The titanium has the longest spin time out of all of them as it is the heaviest. 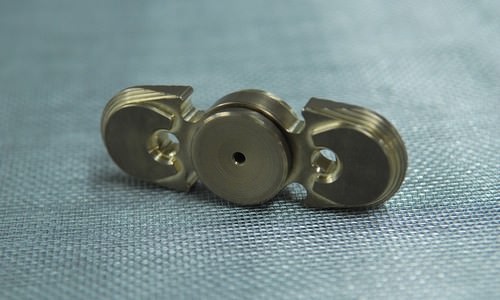 The Alpha EDC spinner is a unique and creative fidget spinner with several features. Its spin time is 3 minutes, and it’s made with 954 bearing bronze. It has an interchangeable part that can change with the base button. It also is made with CNC machines technique. And it all started as a kickstarter project. The cost of this fidget spinner is $200 but it’s currently sold out. 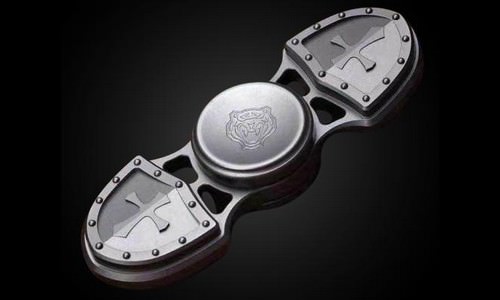 The Crusader fidget spinner is made by the company Kasfly. It’s crafted using either Titanium or Bronze. The Titanium has a spinning time of 3 minutes, however the bronze has spinning time of around 4 minutes. The Crusader has a religious touch, and it can be bought from Kasfly’s Facebook group.

See also; 10 Most Expensive Bikes in The World. 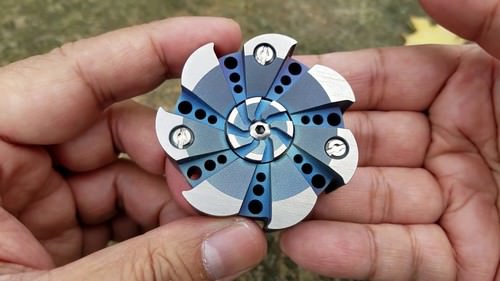 Currently sold out, the metal worn Turbine Hand Spinner V2 is made out of titanium. In contrast, The version 3 is still in stock and getting sold at a staggering $299. The V2 is crafted using pure titanium and ceramic bearing, which gives it its smoother spinning action. It’s specially engineered using CNC machining. The cost of this version is $219. The third version is also CNC machined and made out of pure titanium with ceramic hybrid bearing. 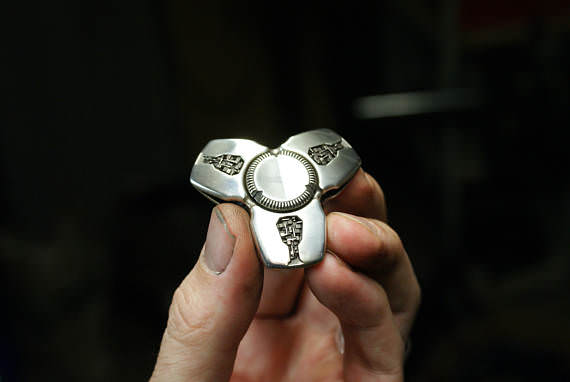 The handmade Black Lotus Tri Spinner is made from sterling silver and currently available for pre-order. The bearing is made out of hybrid ceramic and has a polish finish. The company, HouseofYurich, also sells other varieties of the fidget spinner with different price points starting from $150. It has a gorgeous and distinct design, and it’s made by using high tech 3dD printer. 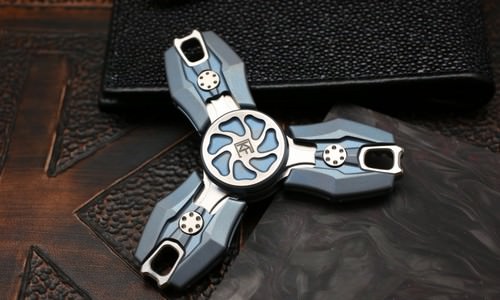 Pepyakka-S is a fidget spinner by the company Russian With Knives. It has 20 parts and double bearing system and currently only sold on their website. Pepyakka S resembles something out of an action movie. It puts a new perspective to the fidget spinner community!

See also; 10 Most Expensive Mobile Phones in the World. 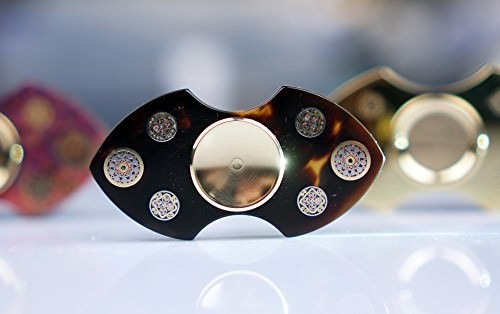 The sunnytech fidget spinner has a gorgeous shape and design. The material this fidget spinner is craft with is sterling silver, hence the staggering price. It can be a great gift that can relieve anxiety and boredom. 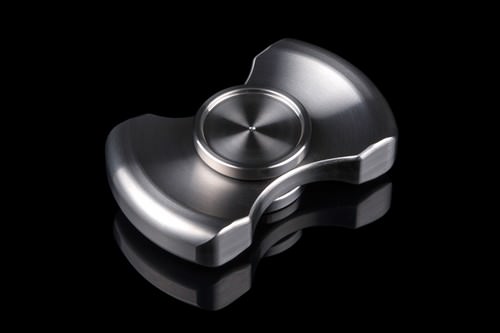 The Superconducter stubby spinner is a spinner with a multifunctional abilities as it can also function as a cigar stand. The body of the fidget spinner is covered with a pattern and is available in stainless steel, copper, brass and titanium which is the most expensive and currently sold out. This fidget spinner has a smooth rotation and is a perfect size for comfort. The manufacturer, Rotablade, also offers the fidget spinner in exotic material such ass Zirconium and Mokuti. 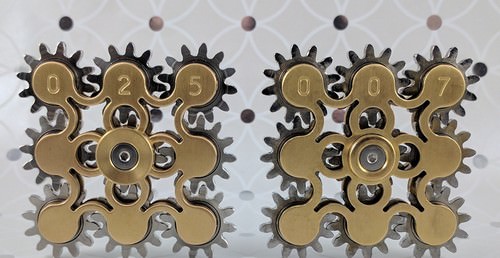 The 9 gear fidget spinner is made entirely out of brass. But if you add $140 to the original price, you can a custom fitted case that looks like something out of a movie. 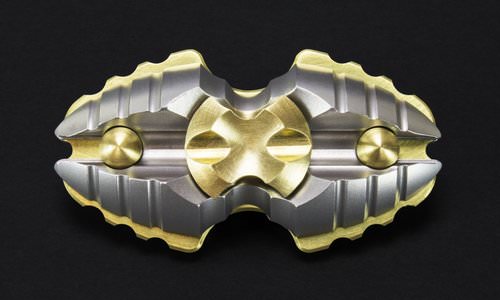 The Bathgate Artifact Spinner is perhaps the most expensive spinner ever. It’s uniquely designed by a machinist/sculptor Chris Bathgate in collaboration with Mike Hogarty and Callye Keen. It has attracted world wide attention and is expected to sell out. The material it is made out of are stainless steel and brass or stainless steel only.