Being an impulsive person can have both good and bad sides. In this article, we are going to talk about the negative sides concerning the attitude that these people have towards money. Let’s see why impulsive people tend to spend more than others.

Their attitude towards life is “You live only once!”

Yes, it is true that we live only once, but should this be the reason for us to spend the whole monthly salary in just one day? Impulsive people think nothing bad about it. They are sometimes even called one-day millionaires. Those are the individuals who like spending the whole salary in just one day. They may not spend only the money from a salary, but even some unexpected incomes or short-term savings like time deposits and piggy banks. Since they don’t  have a vision of their future (or simply don’t care about the future), spending money right here and right now seems like a reasonable decision.

It is not an uncommon thing to hear that some one-day millionaire went into serious debt issues after spending all the money they had in just one day. There are many examples of famous people who were once rolling in money but died poor. These stories should be lessons on money management for others on the verge of becoming one-day millionaires.

They think: It’s only money, nothing special about it!

Yes, there is nothing special about it – it is just a piece of paper or a number on your bank account. Surely, money cannot buy your happiness, but it can prevent you from being hungry, thirsty, sick, or even homeless. The impulsive people tend to think, “it is just money, and you can always earn it back.” But what if you cannot? What if there is no way to earn it back. And also it is not true that money cannot buy your happiness – it can buy you food and medicines, and healthy people are the happy people.

Money doesn’t mean anything to me. I’ve made a lot of money, but I want to enjoy life and not stress myself building my bank account. I give lots away and live simply, mostly out of a suitcase in hotels. We all know that good health is much more important. – Keanu Reeves

I’ll live for today since tomorrow is another day

Technically, that’s true, but the impulsive people tend to misuse this saying. By saying “Tomorrow is another day,” one has to take a break from his/her problems, take a deep breath and rest a bit, not act like tomorrow will bring you more money. We have frequently heard this sentence on different TV shows, but probably the most famous one is the movie Gone With the Wind. Here, the heroine utters ‘Tomorrow is another day’ as she cries over the unpleasant situation of being left alone.

I deserve everything I wish for

Many stories we hear from media tend to encourage us to behave self-indulgently. They lead us to believe that other people are secondary, and we should put ourselves first. This is the point where the impulsive people often take this approach for granted and spend money on the things they actually don’t need. Women are probably the most affected ‘victims’ of these kinds of advertisements. They are being told to leave their families behind even if it’s just for one day and indulge themselves completely. Yes, this is precisely the reason women often buy more than men – because they are being told they deserve it for being good mothers and wives.

My mom says, ‘Go for your first instinct,’ but this can lead to impulse buying. – Lindsay Lohan

It is my life, and I’ll live it my way

It is not a secret that advertising agencies are always playing along with our psychological traits. They often use this approach when addressing the teens or the impulsive people. These companies know that the phrase ‘It is my life, and I’ll live it according to my rules’ is somehow liberating. It enables people to feel free from their obligations and all the stigmas they are facing daily.

To conclude, the impulsive people, with their psychological traits, are the biggest ‘victims’ of the advertising agencies, and we now know why. 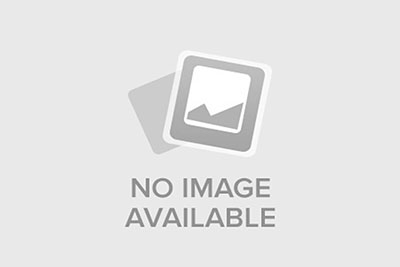 We are at the time of the year when most people write down their new year’s...

Are You an Impulse Buyer? Know What Psychological Factors Work Behind Impulsive Buying

Paco Underhill, who authored the book “Why We Buy,” claimed in his book that...