Machines have been an important part of human civilization since the industrial revolution. These extraordinary metal parts arranged in a special manner, make our work easier and do it much faster. Today we’re listing 10 extreme machines ever built. They could be extreme for anything, they could be extreme for speed, in size or in complexity. So let’s get right into it.

Shockwave jet truck is an embodiment of bad-assry. It’s loaded with three fire breathing jet engines, generating a staggering 36,000 horsepower and a 19,000 pounds of bone shaking thrust. Shockwave jet truck is certainly the king of all badass trucks on the the planet. It also holds the record of fastest truck on earth, which means those engines aren’t just for show. >> Top 10 Fastest Electric Cars Today.

Aeromobil s.r.o is a Slovak prototype roadable aircraft. In other words, it’s a car that can fly. Although it would be more precise to call it a mini aircraft that can move on road, but a flying car sounds more cool. Aeromobil is targeting Ulta-rich supercar lovers, who just want to have a unique vehicle in their garage, because practicality it’s almost useless. >> Top 10 Incredible Amphibious Cars.

It may look like a rocket, but thing does not fly, instead it runs on road at the speed of whopping 1,600 km/h. Although this British supersonic land vehicle is still under development, but it is being built only for one purpose, to set the world record of fastest land vehicle ever built.

A Eurojet EJ200 jet engine will take the car to 480 km/h, after which a bespoke hybrid rocket designed by Nammo will boost the car up to 1,000 miles per hour (1,609 km/h). A third engine, a Jaguar supercharged V-8, will be used as an auxiliary power unit and to drive the oxidizer pump for the rocket (now, that’s creative engineering).

Until now we have seen roller coasters that moves forward and backward, with rider sitting on a fixed position. But that’s all going to change soon, roller coaster ride is going to be more thrilling and adrenaline pumping in the near future. This newly developed roller coaster has seats that have free spin of 360 degrees. The riders weight decide the rate of spin giving a unique experience for everyone.

This titan sized plane gets power with six turbo fan engines, and it is the world’s longest and heaviest airplane ever built, with a maximum takeoff weight of 640 tonnes. This mega sized airlifter holds the absolute world records for an airlifted single-item payload of 189,980 kilograms and an airlifted total payload of 253,820 kg. It has also transported a payload of 247,000 kg on a commercial flight. Making it the most extreme weightlifting plane in the world.

The T 282B is Liebherr’s largest, highest payload capacity haul truck, offering the world the 2nd largest haul truck payload capacities in the world, up to 400 short tons (363 t). This big badass machine is used primarily to coal, copper, iron and gold mine operators in the USA, Chile, Indonesia, South Africa and Australia. If you want to have one of these for whatever reason, you’ll have to shell out $5 million per piece. >> 10 Cutting Edge Technologies Soon to be Used in Cars.

When it comes to maga-machines nothing looks more extreme than this earth mover. This mammoth does the job that nothing else can do. Using mega buckets attached to giant wheel this machine digs as high as 180 meters. These giants are among the largest vehicles ever constructed, and the biggest bucket-wheel excavator ever built, Bagger 293 is the largest terrestrial (land) vehicle in human history by weight according to the Guinness Book of World Records.

What makes this machine so incredible is its extreme size. It is the largest movable technical industrial machine in the world. With the length of 502 meters it’s the lying and moving Eiffel tower. In working condition it weighs around 13,600 metric tons making it a super heavy machine.

This machine is a vivid impression of humanity’s ever growing curiosity and innovations. the Large Hadron Collider or LHC is the world’s largest and most powerful particle collider, the largest, most complex experimental facility ever built, and the largest single machine in the world.

The motive of the LHC is to allow physicists to test the predictions of different theories of particle physics, including measuring the properties of the Higgs boson (better known as God particle) and searching for the large family of new particles predicted by supersymmetric theories, as well as other unsolved questions of physics. 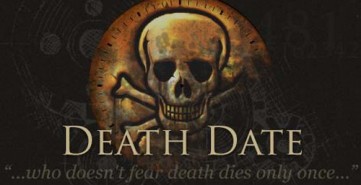 10 Creepiest Websites You&#8217;ll Ever Come Across

The internet is a vast place. One who has access to the internet can easily... 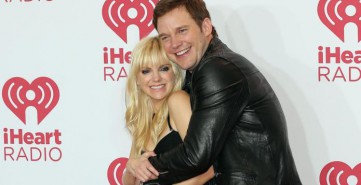 Top 10 Most Down to Earth Hollywood Celebrities

Being famous and being nice are two different jobs and not every person can do...