Each of the warring sides invested an incredible amount of money for the design and construction of powerful weapons and we are going to consider some of the most influential. Today, they are not considered as the best or the most destructive, but the military equipment listed below, in varying degrees, affected the course of the Second World War. 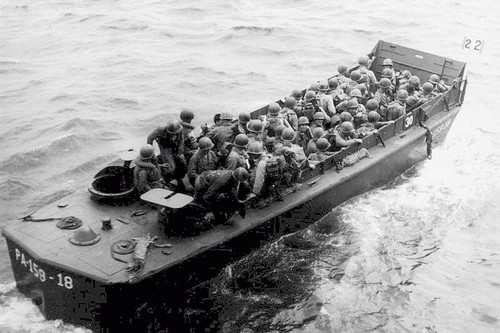 LCVP – a kind of landing craft of US Navy, designed for transportation and landing of troops on unequipped coast occupied by the enemy.

LCVP or “Higgins boat”, named after its creator, Andrew Higgins, who designed a boat for action in shallow water and marshland. They were extensively used by the US Navy in amphibious operations during the Second World War. During 15 years of production 22 492 boats of this type were built.

Landing boat LCVP was built of pressed plywood and structurally resembled a small river barge with a crew of 4 people. At the same time could carry a full infantry platoon of 36 soldiers. At full load, the boat Higgins could reach a speed of 9 knots (17 km / h). See the 10 Best Action Shots of Military Tech. 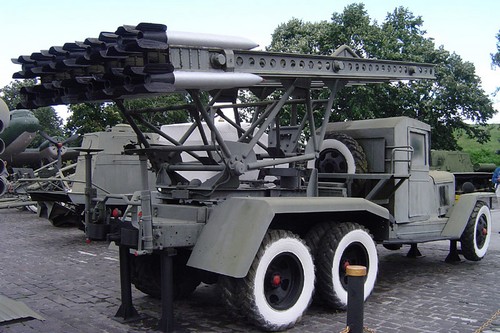 Katyusha is an informal name for the tubeless systems of field rocket artillery that widely used by the Armed Forces of the USSR during the Second World war from 1941-1945. Originally BM-13s (mechanized combat vehicle) called as Katyushas, and later BM-8, BM-31, and others also called as Katyusha. BM-13 was the famous and the most massive Soviet war machine (BM) of this class. See the 10 Strange Military Vehicles of World War II. 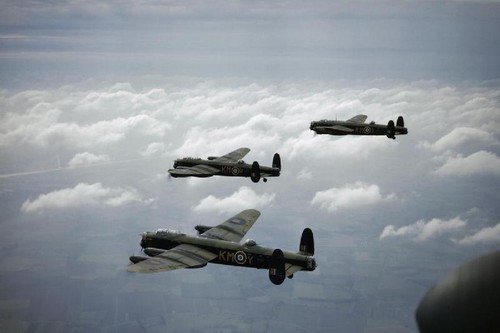 Avro Lancaster was a British heavy bomber used during the Second World War and was in service with the Royal Air Force. “Lancaster” is considered as the most productive and the most famous night bomber of World War II. It made more than 156,000 sorties and dropped more than 600,000 tons of bombs.

The first combat flight took place in March 1942. During the war there were more than 7000 “Lancaster”, but nearly half of them were destroyed by the enemy. Currently (2014) only two machines are able to fly. See the Top 10 Incredibly Advanced Jet Fighters. 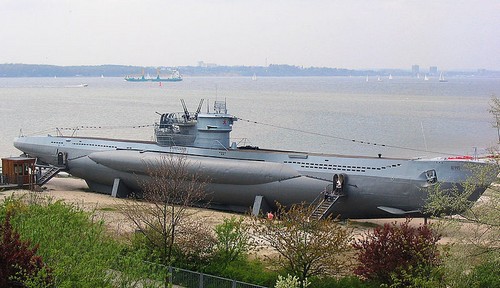 U-boat — generalized abbreviation of the German submarines that were in service with the German Navy.

Germany did not have strong enough navy that could resist the allied troops in the sea, above all, Germany hoped for its submarines, main aim of which was the destruction of trade convoys transporting goods from Canada, the British Empire and the United States to the Soviet Union and its allies in the Mediterranean. German submarines proved being incredibly effective. Later on Winston Churchill said that the only thing that scared him during the Second World War was the submarine threat.

Studies have shown that the allies spent $ 26.4 billion to fight against German submarines. Unlike the Allied countries, Germany spent $ 2.86 billion for its U-boats. From a purely economic point of view the campaign should be considered as a success of the Germans, which makes German submarines one of the most powerful weapons of war. See the 10 Weird Military Cars of World War I. 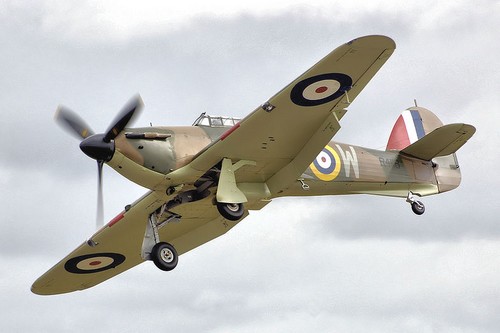 The Hawker Hurricane is a British single-seat fighter of World War II, which was designed and manufactured by Hawker Aircraft Ltd. There were built more than 14 500 of these aircraft. Hawker Hurricane had a variety of modifications and could be used as a fighter-bomber, interceptor, and attack aircraft. See the Top 10 Fifth Generation Fighter Aircraft. 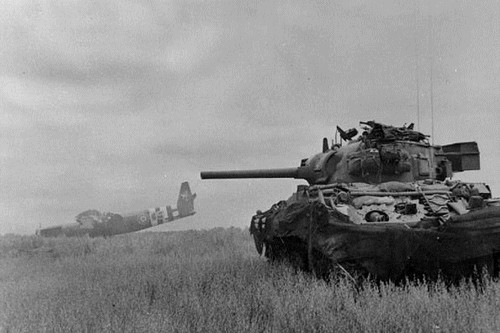 M4 “Sherman” is an American medium tank of World War II. In the period from 1942 to 1945 there were produced 49,234 tanks; it is the third most popular tank in the world after the tanks T-34 and T-54. During World War II, the M4 Sherman was built in a large variety of modifications (one of which Sherman Crab – the strangest tank), also as self-propelled artillery units (SAU) and engineering equipment. It was used by the American army, and large quantities were shipped to allied troops (mainly to Britain and the USSR). 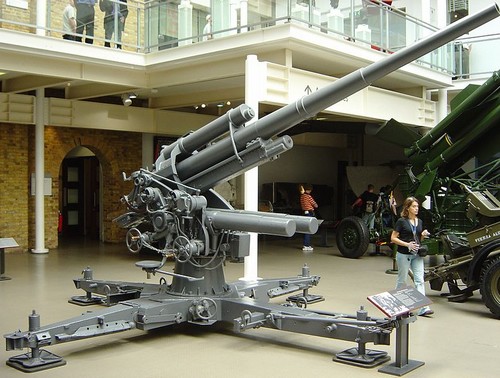 88 mm FlaK 18/36/37/41 which was also known as “Eight-eight” – a German anti-aircraft, anti-tank artillery gun that was widely used by German troops during the Second World War. Designed to destroy both aircraft and tanks it was also often used as artillery. In the period between 1939 and 1945 a total of 17 125 of these guns were built. See the 10 Outrageous Weapons That are Legal in the U.S.. 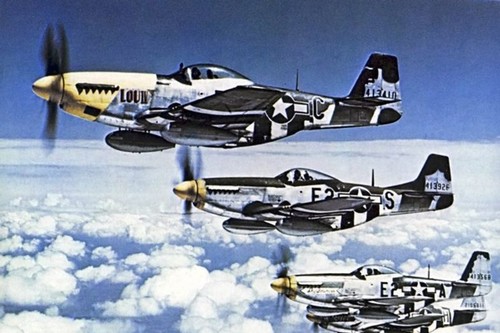 The third place in the list of the most influential military equipment of World War II takes P-51 Mustang – an American single-seat fighter of long-range, developed in the early 1940s. It is considered as the best fighter of the US Air Force during the Second World War. It was primarily used as a reconnaissance aircraft and bomber escort during raids on German territory. 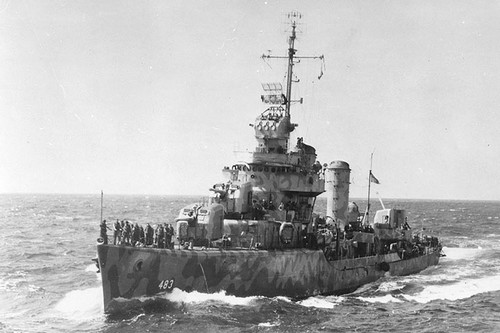 Carriers – type of warships, the main striking force of which is a deck-based aircraft. During World War II Japanese and American aircraft carriers already represented a leading role in the Pacific battles. For example, the famous attack on Pearl Harbor was produced with the help of dive bombers stationed at six Japanese aircraft carriers. See the 10 Biggest Maritime Disasters. 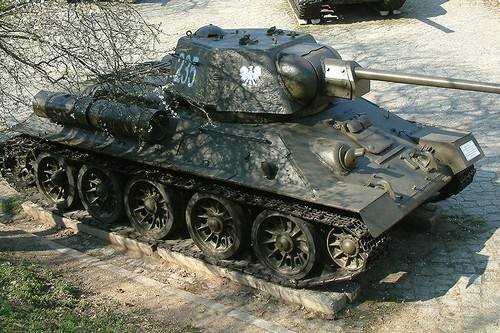 The T-34 was a medium Soviet tank that was produced from 1940 until the first half of 1944 and it was the main tank of the Workers ‘and Peasants’ Red Army (Red Army), until tanks of modification T-34 replaced by T-85, which are in service in some countries today. The legendary T-34 tank is the most popular medium tank and many military experts and specialists regard it as the best tank produced during the Second World War. It is also considered as one of the most famous symbols of the above mentioned war. 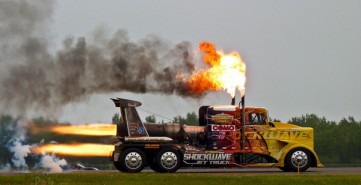 10 Most Extreme Machines Ever Built

Machines have been an important part of human civilization since the industrial... 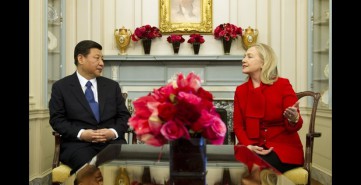 Top 10 Most Powerful People of The World

There are nearly 7.1 billion people on the planet. Here we mention 10 of those...